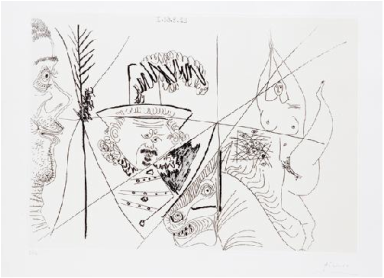 In 1968, near the end of his life, Picasso made 347 etchings that show his interest in television and film, wrestling, and the female nude. Some of the prints refer to old Celestina, the cunning marriage arranger featured in Fernando de Rojas's play. Others investigate the aging process, voyeurism, the orientalized setting of the harem, and explicit lovemaking as the Pope looks on. When the etchings were exhibited in Paris, and later Chicago, there was heated controversy on their status as pornography. In both cities the works were censored. Memory Holloway examines Suite 347 as a summary of the themes of Picasso's work, set in the context of the student conflicts of May 1968 and his continuing experimentation as a printmaker.  Naked Acrobat on Horseback, Man with Hat, Spectator Poorly Shaven along with four other lovely etchings from Suite 156, are from the private collection of an esteemed art collector in Malaga (the land of Picasso!) They are now available exclusively through Mayson Gallery. 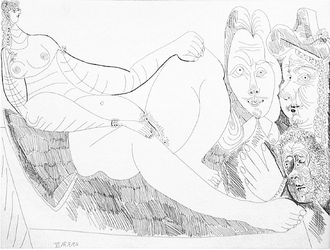 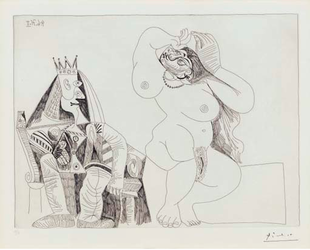 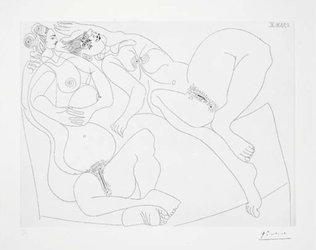