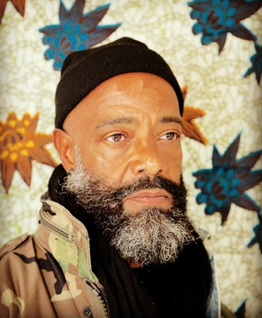 Patrick has performed and recorded with Sade, the Grammy award winning Dan Zanes and many others. He has played drums with many notable reggae artists such as Black Uhuru’s Michael Rose and Steel Pulses’ David Hinds and Hip Hop star Chuck D of Public Enemy. Patrick also played drums on “The Dub Side of the Moon” one of the bestselling reggae LPs of all time.
He has performed his poetry for the WNET Open Mic series as well as BRIC TV and venues around NYC. Patrick was a lead actor in the Ping Chong 651 Arts theatre production “Brooklyn 63” which toured in 2014.

Patrick worked as an art therapist with HIV positive children at Kings County Hospital, a co-curator at the Museum of African Art, a youth counselor and teaching artist at Project Reach and Studio in a School and most recently as the Program Director of Groundswell, NYC’s premier community mural arts organization where he oversaw and directed over 300 public mural projects throughout the city. He is currently working as he Interim Director of Education for BRIC Arts Media and as a freelance consultant with The Center for Court Innovations. For over 20 years Patrick has used the arts to empower and support the socio-emotional growth of at-risk and disenfranchised youth of the city.

Patrick’s art reflects his life’s mission to inspire and empower by honestly and fearlessly holding up a mirror to society’s inequity and injustices. Through his art he seeks to celebrate the noble beauty and divine spiritual nature of people of African descent and to connect urban African-American culture to its roots in sacred African art and ceremony.

"My experiences and culture influence my perspective on life, spirituality and social justice. There is no separation between that perspective and my expression. As a self-taught artist I am not particularly “sophisticated” about my approach to creating. My art work is a genuine expression of all that I am.  I am also a musician, poet and actor. I have learned my craft by relentless practice and by studying at the feet of masters. I maintain an attitude of curiosity, humility and wonder.
​
I was blessed to come of age in New York City during the 1980’s. I was heavily influenced by the emergence of the Hip Hop, Punk Rock and Rastafarian Reggae musical movements and the art, atheistic and fashion that was attached to each. The commonality of these musical forms was a sense of culture and of critical honesty, innovation and style.

I am from a working class family and was raised in financially disadvantaged neighborhood. I always had the compulsion to create and express myself but often didn’t have the means to buy art supplies. “Necessity is the mother of invention”. I found ways to use discarded things in my environment to make art. This use of found items and collage have become the foundational to my work. I think its incredibility important for creative people to study the work of master writers and artists of all cultures and from different time periods to inform, influence and inspire. I build upon the foundation created by the ancestors.

I believe that the true essence of the human experience is to manifest spiritually. My art reflects my life’s mission to elevate spiritually and to inspire and empower by honestly and fearlessly holding up a mirror to society’s injustices as well as its beauty. Through his my painting, collage, sculpture and assemblages I seek to celebrate the nobility, beauty and divine spiritual nature of people of African descent and to connect urban American culture to its roots in sacred African art and ceremony. " 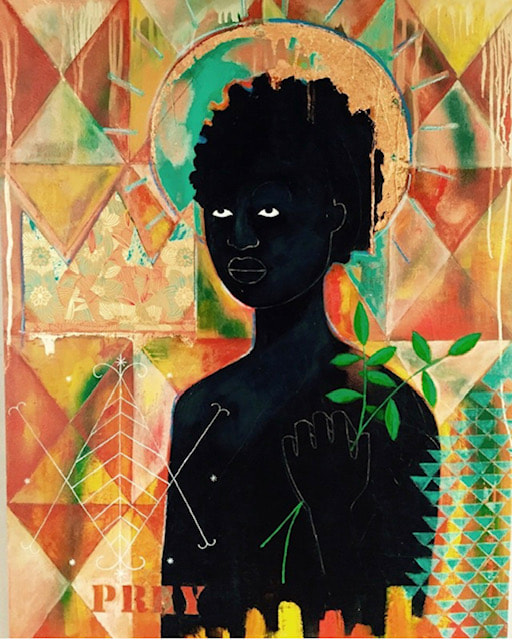 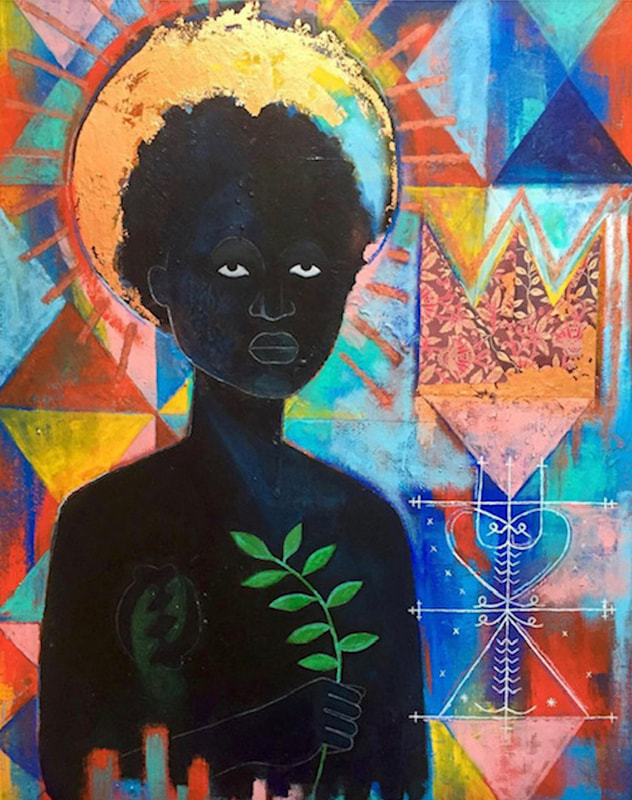 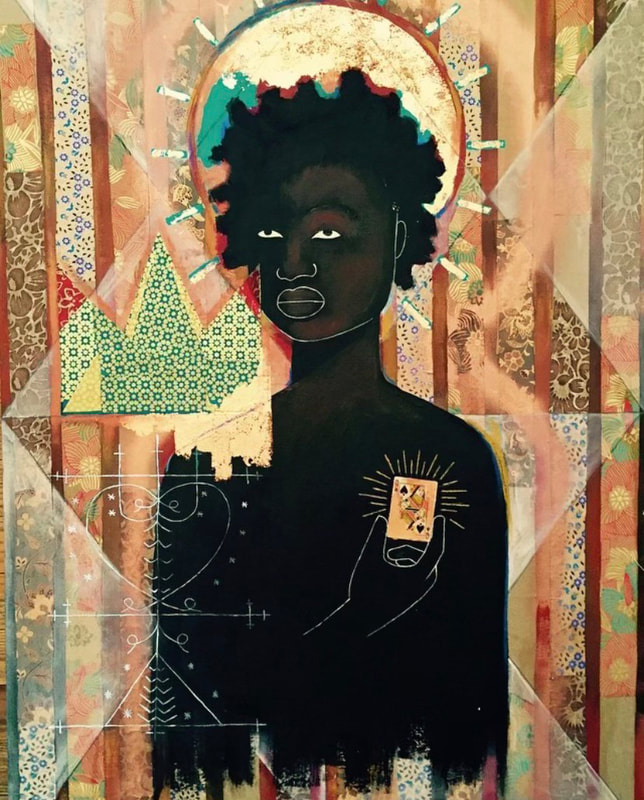