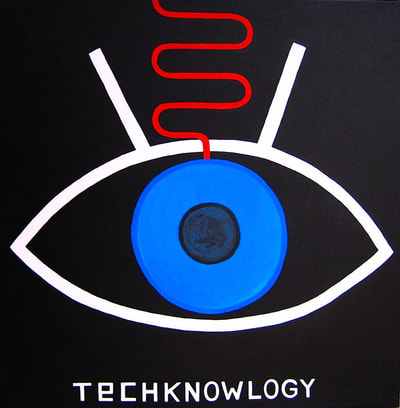 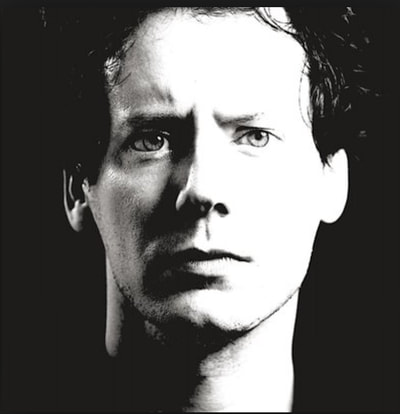 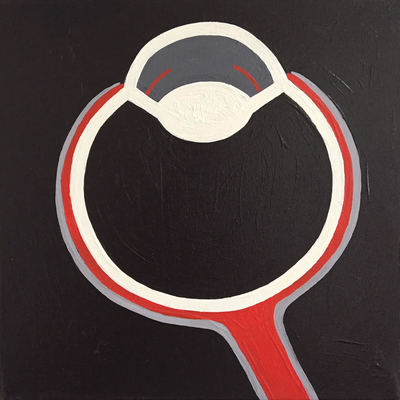 American artist, Blake Sandberg, creates iconic images and uses words in his paintings to explore meaning and associations with objects in our environments.

Often his work deals with communication and technology. These works navigate our technologically infused existences and maybe even the pitfalls of modern convenience. Perhaps isolating us like Huxley's Brave New World suggested or linking us together as one of his paintings shows, in a web-like network of connected tech gizmos. Sandberg's got his brush on the pulse of life today. He is making images that record and resonate with our lives in the 21st Century.

Blake Sandberg was born in Austin, Texas in 1975. He attended Linda Pace’s San Antonio Art Institute and The University of Texas, as a Studio Art Major.  He moved to New York City in 1996. Sandberg took a studio in a storefront in the East Village where he quickly began showing paintings in group shows around the downtown scene.  Including a show at Frederieke Taylor where his work was seen alongside Andy Warhol, de Kooning, Christo, and David Hockney.  Sandberg later moved into a larger studio in Tribeca. There he created many large works exploring his “Modern Interior” and “Technosphere” concepts. In 2003, Sandberg had his first solo show “Made In Voyage” at Aaron Payne Fine Art, Brooklyn.  Sandberg’s work has been shown in New York, Austin and Marfa, Texas, London, and Tokyo. His work is included in the collections of Beth Rudin DeWoody and Dean Valentine. Currently Sandberg lives and works in Brooklyn.