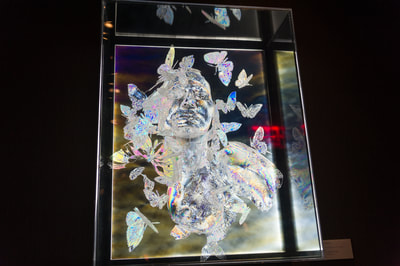 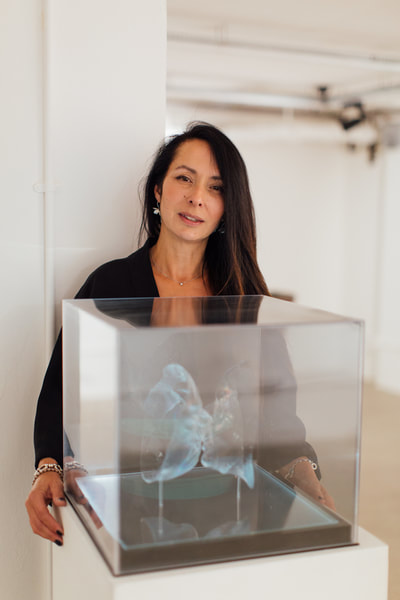 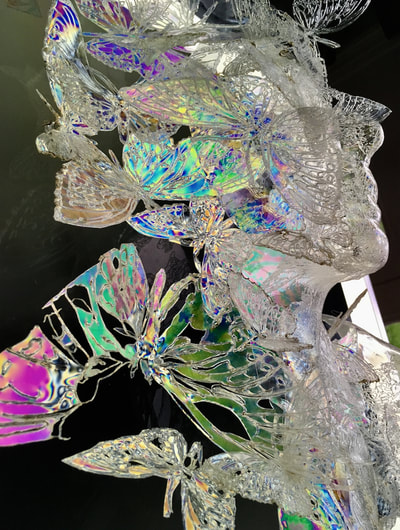 Pradissitto’s  'Quantum Sculptures' in light embrace the dual world of the Physicist and Artist. Described as ‘holograms you can touch’, her sculptures change in colour as the observer moves around them. Her inspirations drawn from nature, the human condition and scientific breakthroughs, are melted and reshaped from plastics (some discarded) using an innovative process she developed, as a commentary on an Anthropocene world slowly being reshaped by the things we consume and then disregard.

Based in South London, and with continued technical support from London South Bank University, she has a Ph. D from UCL on the Quantum behaviour of silicon and has studied fine art at Goldsmiths College and Sir John Cass. Currently represented by MTArt Agency, she has had solo shows in London and Venice, been shortlisted for various prizes including the Threadneedle and Celeste and has work in various collections. She also continues to lecture and speak publicly about the power of art, creativity, play and connective thinking in aiding our transformation and transcendence in an increasingly automated 21st century world.

​
​Statement
These pieces, made from polarised light and many of the plastics we throw away, are inspired at a point of pivot between the traditional and the contemporary, science and art, man or woman and nature; the interconnection I believe is 'empathy' and the best of what makes us human. Much as the goddess Psyche, after incurring endless suffering at the hands of Venus because of her beauty, was eventually rewarded by being turned into a butterfly, I see the 21st century as an opportunity for our metamorphosis as a society if we can only see our consumption from a different perspective; a consumption which is causing so much extinction.

From one perspective a butterfly is seen as purely decorative, but from another, we still have no idea how its very DNA changes during incubation. It’s a miracle of nature much like us and it is by becoming ‘butterflies’ once again, that we can we fast forward our evolution, aided by science and technology  to Transcendence which can allow us, not only to live in harmony with Nature, but also with each other.