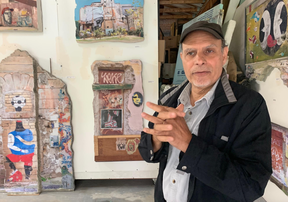 ​"FRANC PALAIA is a multi-disciplinary visual artist and works professionally as a painter, photographer, muralist, sculptor, book artist, independent curator and musician. He also has extensive experience as a lecturer, scenic painter, sign-maker, gallerist and educator. His encyclopedic resume includes over 350 group exhibitions and over 45 solo shows, regionally, nationally and internationally.

He has exhibited his work in group shows at the Metropolitan Museum of art, NY, The White House, The New Museum, The Whitney Museum Annex,NY,  FDR Presidential Library, MoMA PS1, NY and many more esteemed national and international institutions.

"I have been photographing walls, murals, signs, billboards, street art and graffiti since 1976. In my travels of 26 countries, I have accumulated thousands of urban wall images. I am a painter, photographer, sculptor and muralist, and I incorporate these four mediums into mixed media wall works and freestanding floor pieces. You can get a sense of a country by what’s on its walls. I have a saying, ”Walls are drop cloths of a society”.
In the 1980s I received the prestigious Rome Prize fellowship based on my contemporary painted “secco fresco” paintings,(painting into dry plaster). The Rome Prize frescoes were of contemporary urban walls of China inspired by my trip to China in 1981. My Roman works were fabricated with plaster layered over large slabs of Polystyrene or Styrofoam, where I painted into dry plaster with water base casein paint along with other materials. My simulated Roman and Italian Renaissance style of painting onto walls into plaster was seen as a new contemporary variation on an old classic technique. To bring my fresco style into the contemporary realm, I also add collage, spray, pastel, oil crayon, found wood and metal pieces and to finish them off I sand, gouge, scrape and literally batter the surfaces to age them and make the simulated wall fragments look as realistic as possible. Their scale ranges from a few feet to up to 16 feet.

These newest works from 2016-today, continue on this technique however, the difference is the new works are primarily photography based–or Photo-Sculpture, besides the large scale archival color photographs, I add collage, paint, found objects, 3-D sculptural elements along with the battered and aged surfaces. I finish them off by using my original formula for fake concrete on the edges to complete the total illusion. The final works simulate real chunks of stone masonry that bring the works closer to architecture or urban archaeology, in some of the larger works. The irony of these mixed media photo-sculptures is that they look extremely heavy, but are actually feather light (they only weigh a few pounds each), they look old, but they are brand new and they look real but they are completely fabricated.
The street imagery are culled from walking the streets of Naples, Rome, Paris, Sardinia, Berlin, Havana and New York City.
Over the years I have collaborated with well known street and graffiti artists such as, Crash, Daze, Riff, Tracy 168, Vulcan, Coco, Richard Hambleton and others and was commissioned by Jean- Michel Basquiat to paint two paintings that were eventually sold at Christie’s Auction House in NYC after the artists’ death. Also, my wall sculptures and I have a small part in the classic street art film, “Style Wars” by Henry Chalfont, filmed in 1982.  My street art photographs have appeared in two recent documentary films, 2017’s “Shadowman” the Life and Street Works of Richard Hambleton by Oren Jacoby and "Boom for Real , The teenage Years of Jean Michel Basquiat," by Sara Driver from 2018. Both films were screened at the Tribeca Film Festival in NYC.

I have painted over 30 indoor and outdoor murals - three have been featured in Hollywood films "Bad Company" , the cable tv's Discovery channel, and WNBC network TV." 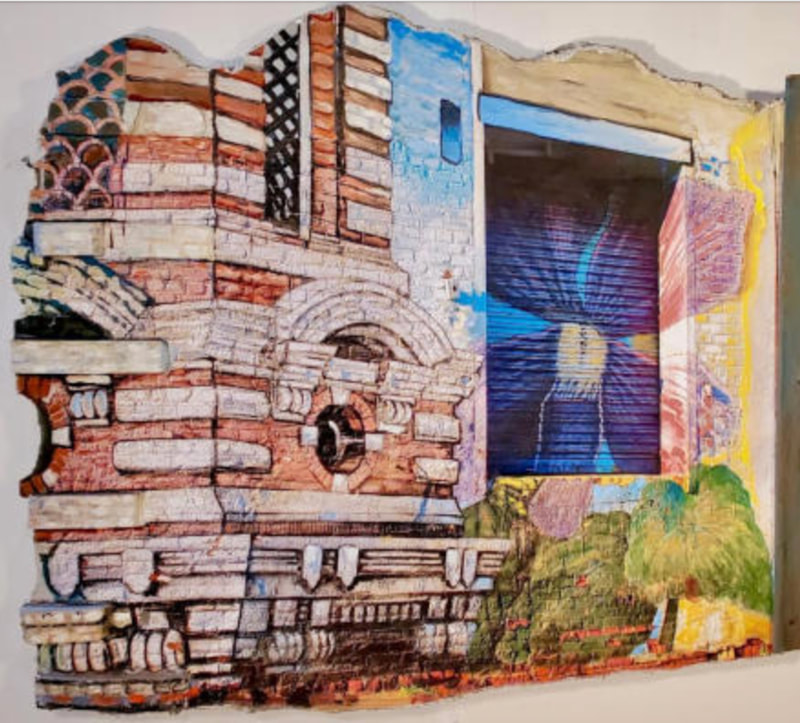 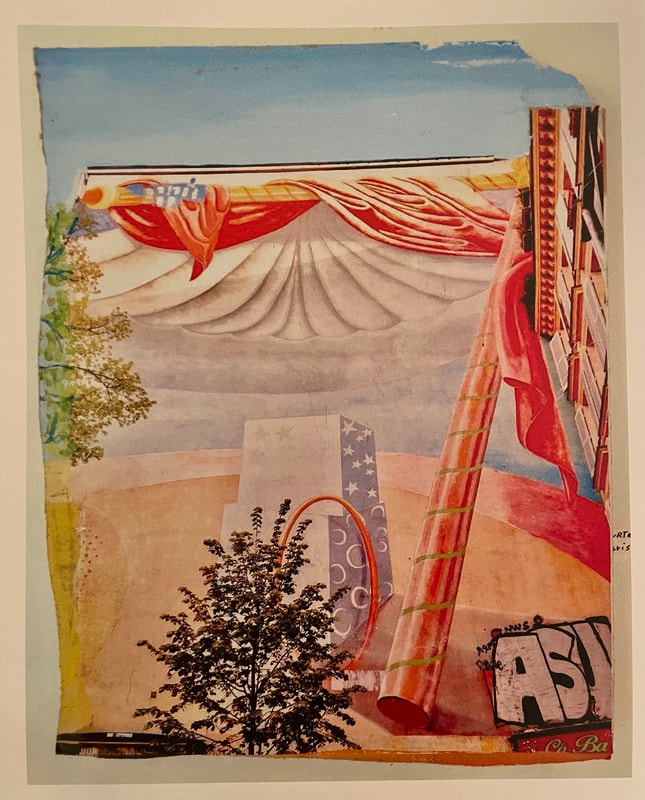 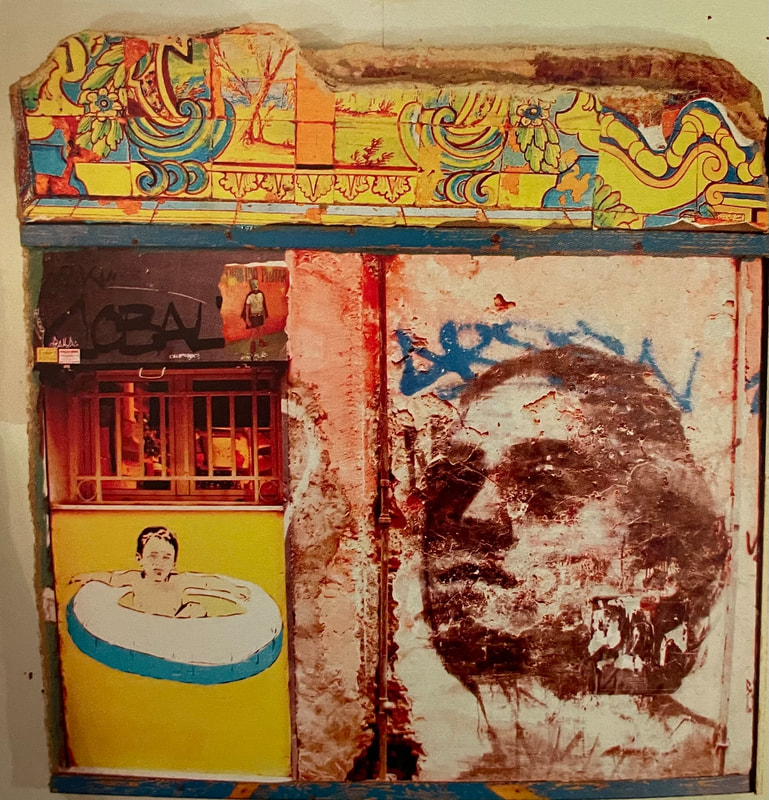 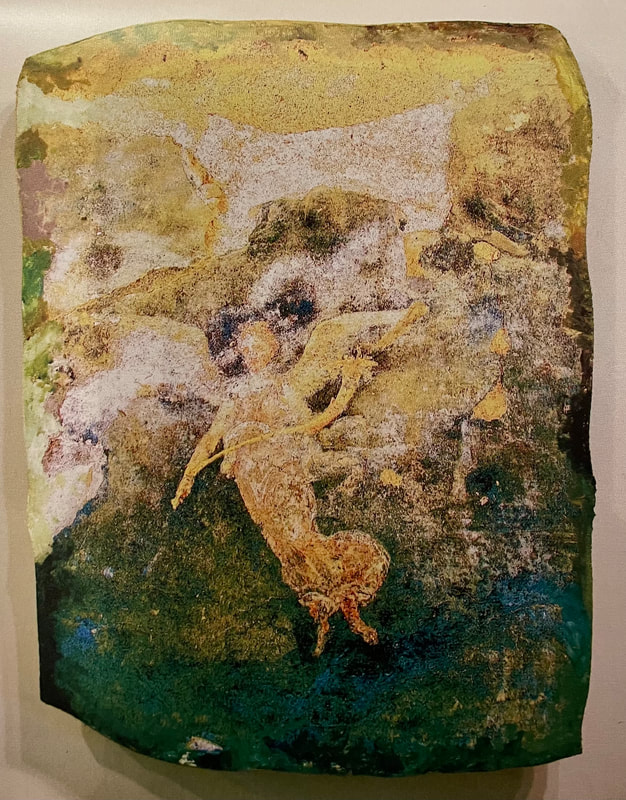 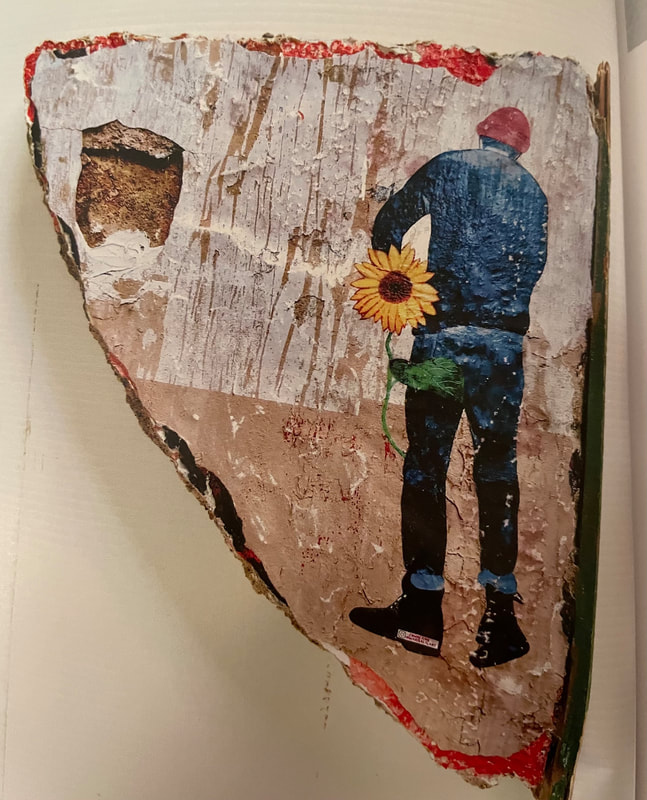 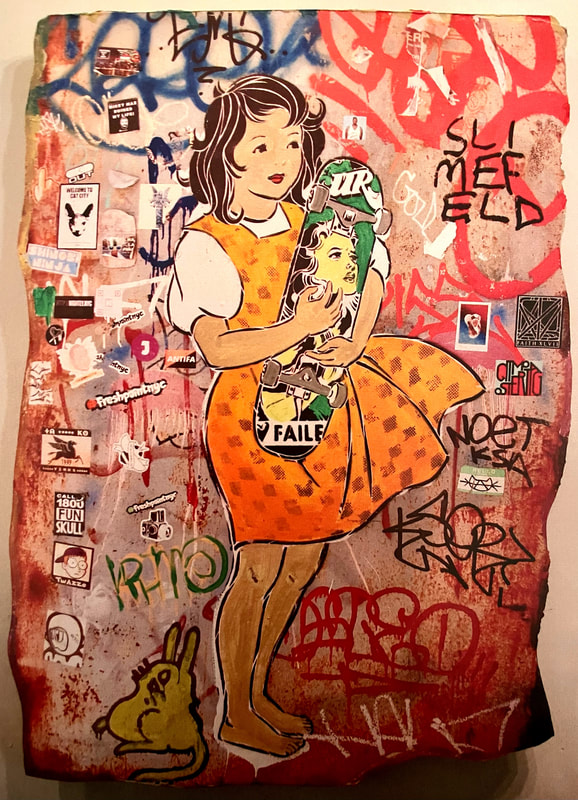 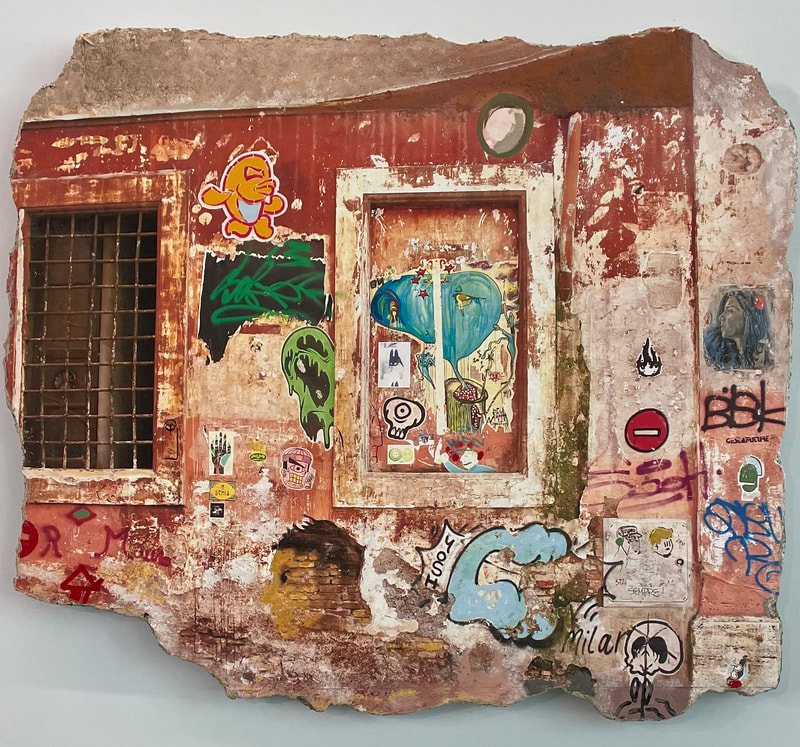 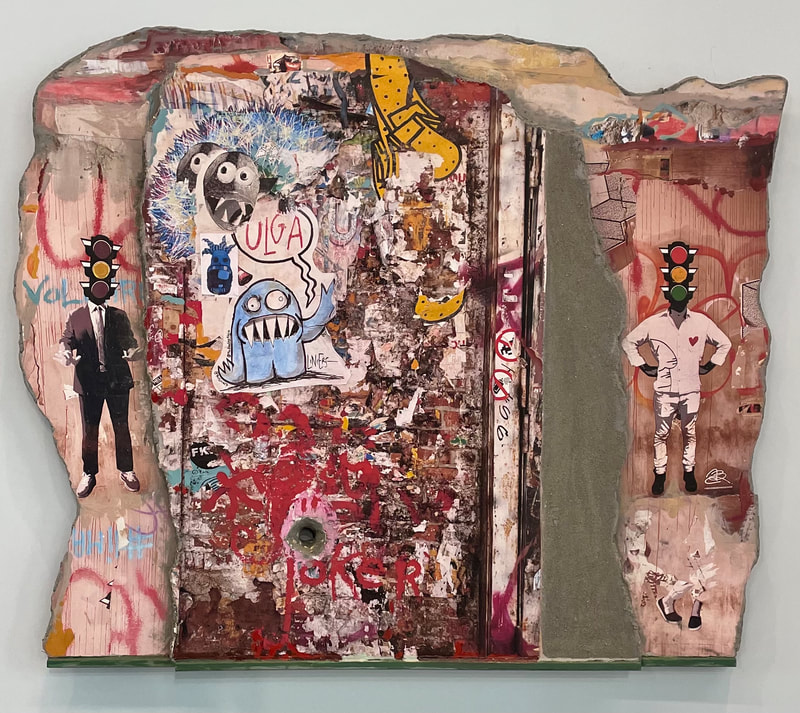 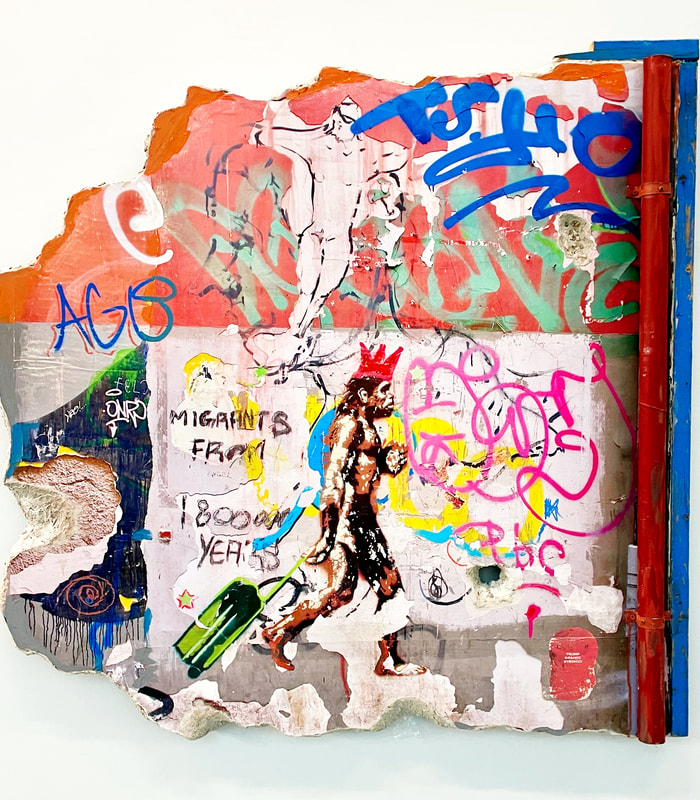