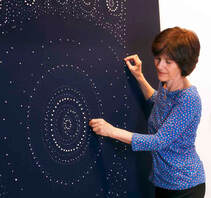 Andra Samelson is a multi-media artist whose work explores the relationship of microcosm and macrocosm, the celestial and terrestrial.  Originally from Denver, Colorado, Samelson currently lives and works in both New York City and Delhi, NY. She holds a Bachelor of Arts degree from Sarah Lawrence College and is a recipient of fellowships from the New York Foundation for the Arts, the Corporation of Yaddo, and the Virginia Center for the Creative Arts.

​Samelson’s work has been exhibited extensively in galleries and museums throughout the United States and Europe and her public artwork, commissioned by New Jersey Transit, is permanently on view at the Hudson Bergen Light Rail’s Second Street Station in Hoboken, NJ.  She has been a visiting artist at the University of Virginia and the ceramics factory Ditta Grazia Majoliche Artistiche in Deruta, Italy and she has given talks about her work at NYU, Pratt Art Institute, PBS and Artists Talk on Art. Her work has been reproduced and reviewed in the New York Times, Art Forum, New York Arts, New American Painting and elsewhere, and is represented in several private and public collections including the Rubin Museum of Art, the Library of Congress, Chase Manhattan Bank, Dow Jones, the 9/11 Memorial Museum and the Loyola University Museum of Art.

"My artwork pays homage to the great mystery of the universe as all we perceive, in its unimaginable diversity, appears momentarily from the backdrop of open emptiness. Using imagery often associated with atomic and galactic systems, I create abstract forms to represent these microscopic and telescopic worlds. I often work with the circle, a symbol of infinity, perfect and endless, referencing both metaphysical concepts and circular forms in nature from the structure within a cell to the display of the starry universe." 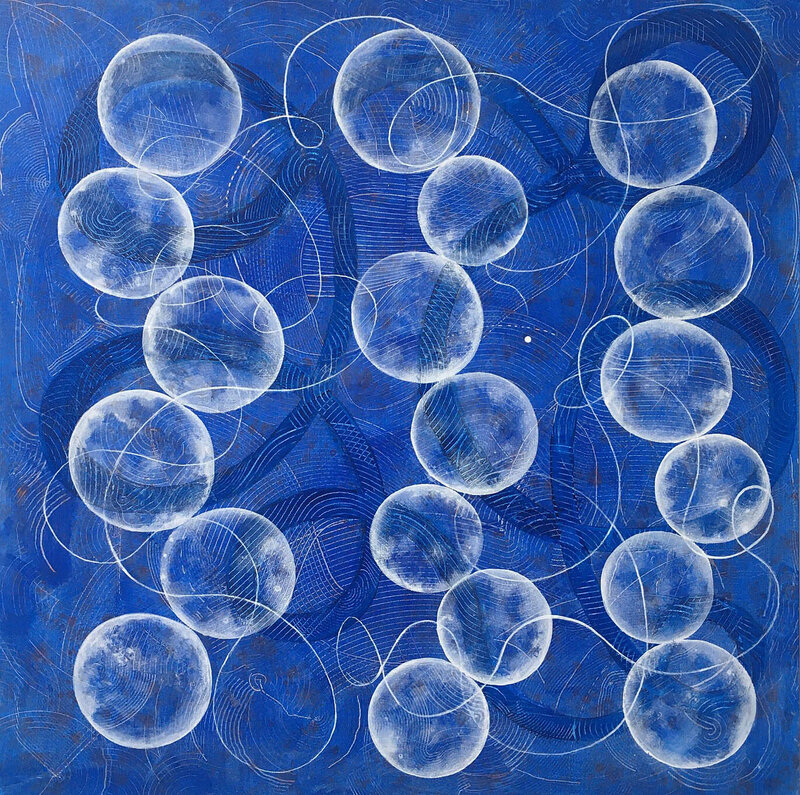 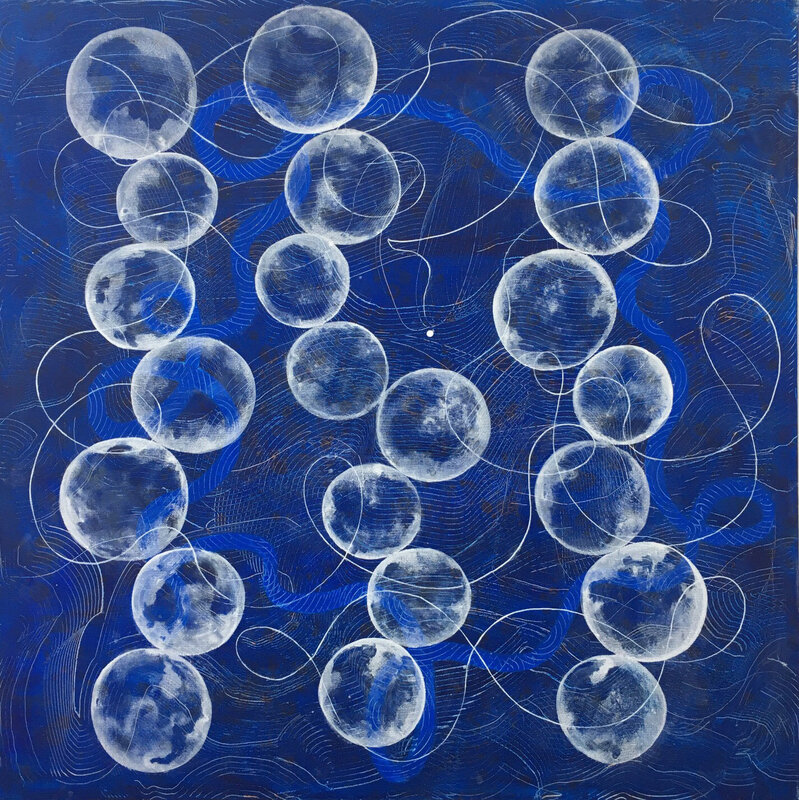 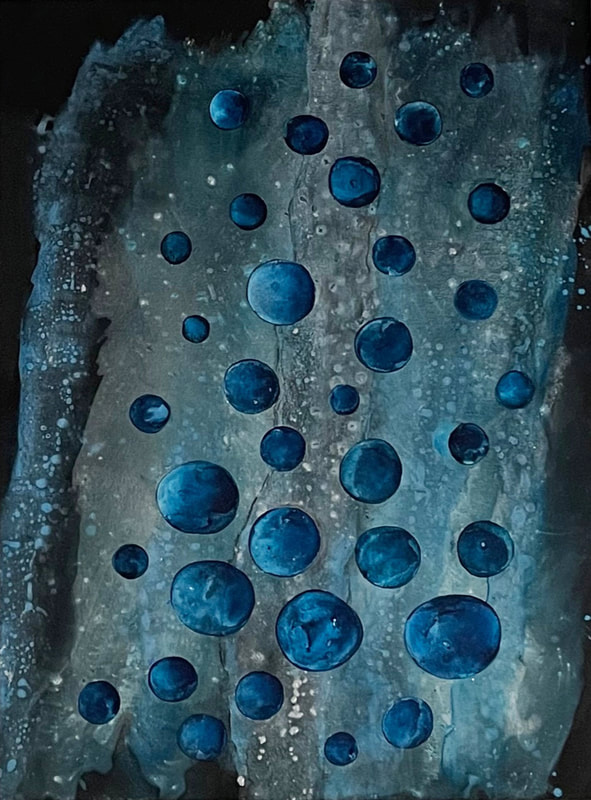 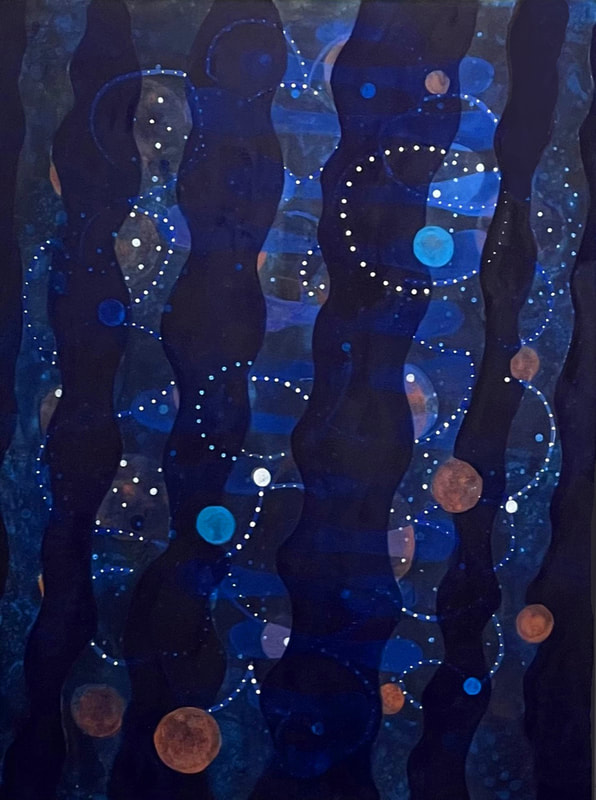 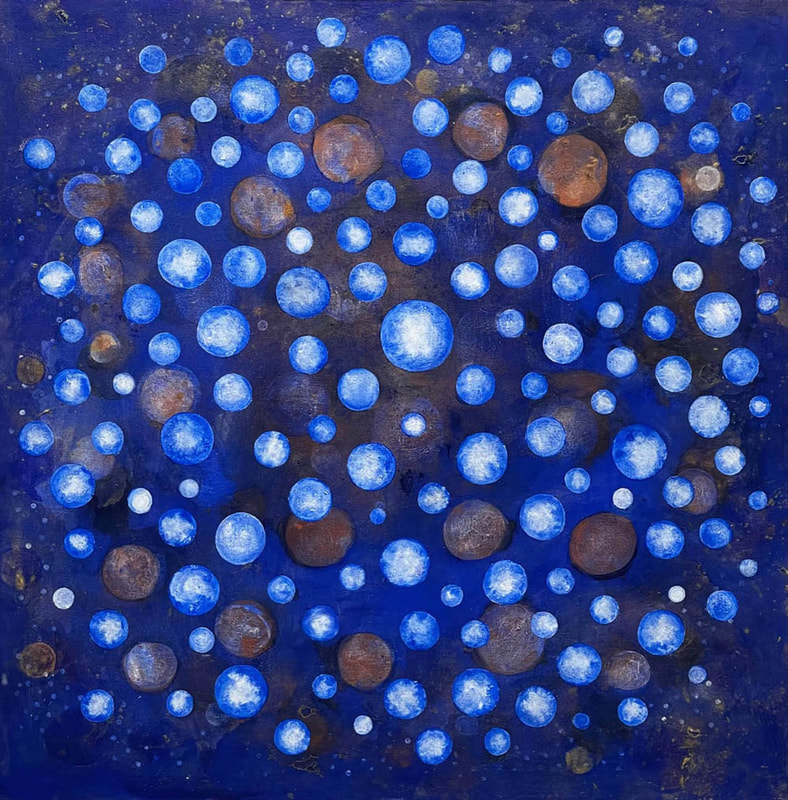 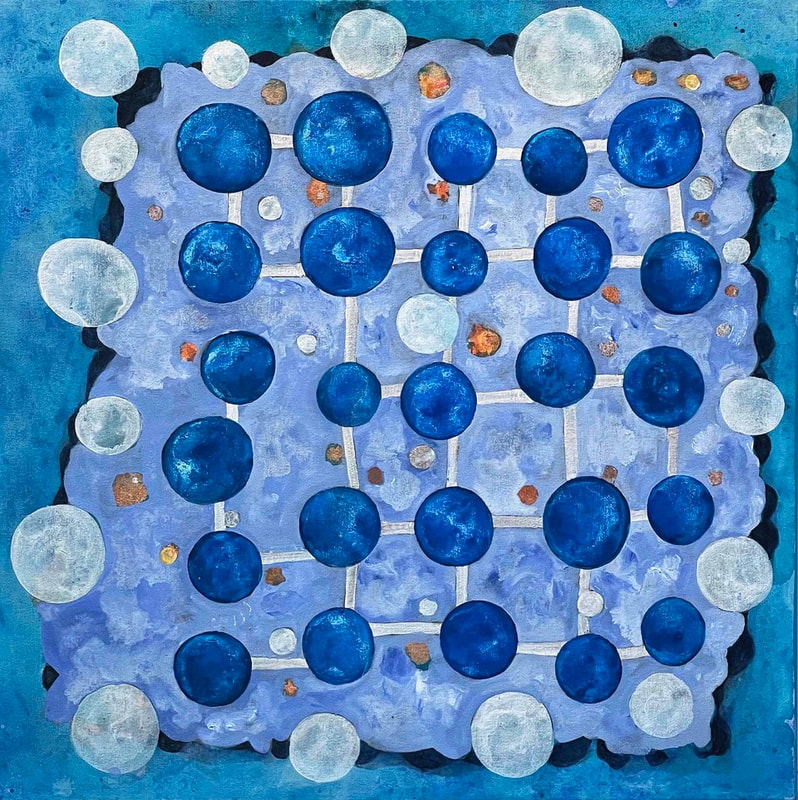 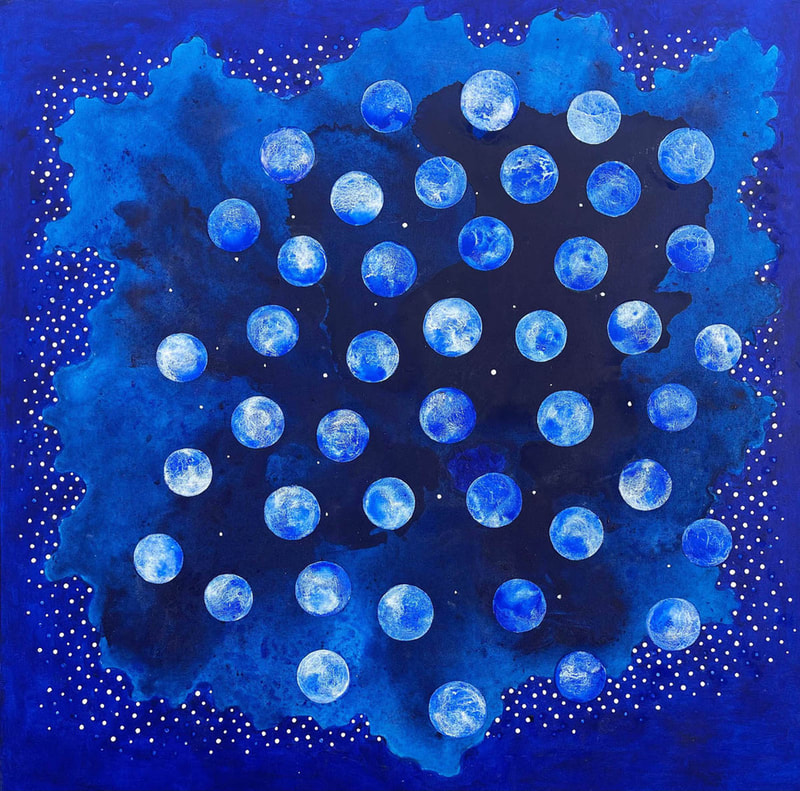 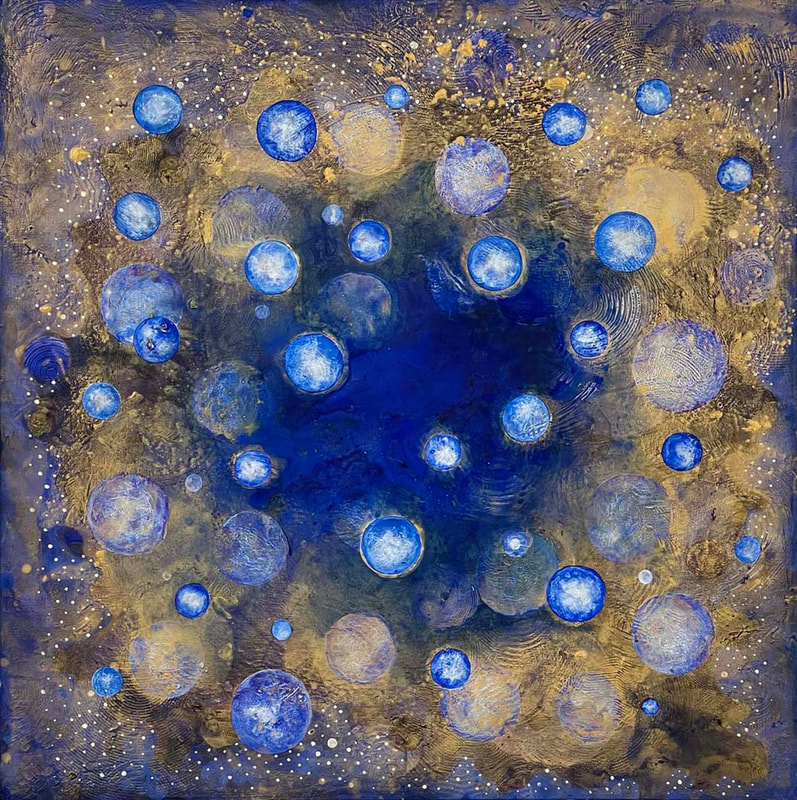 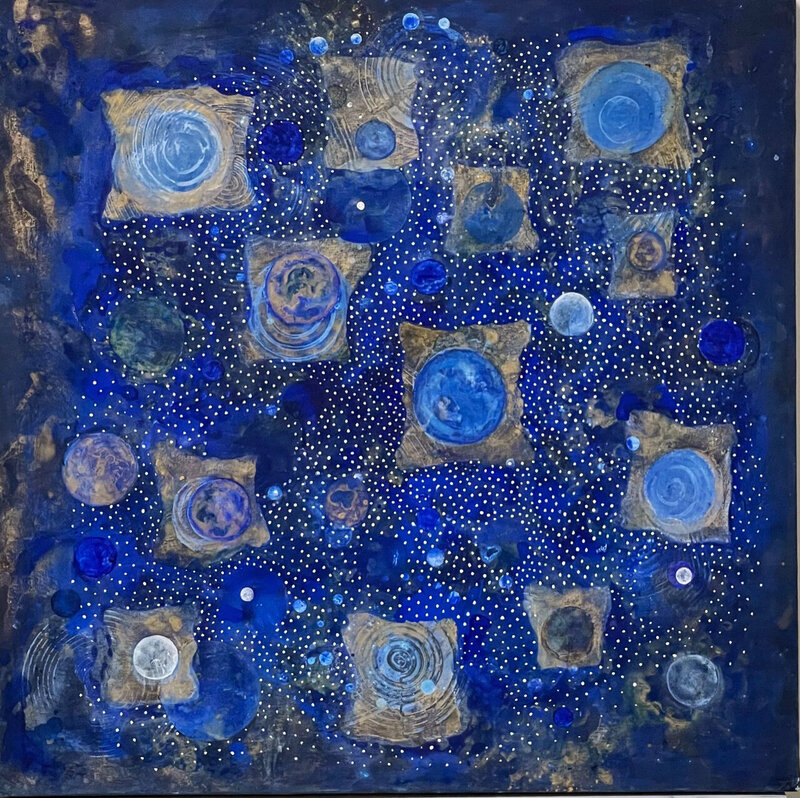 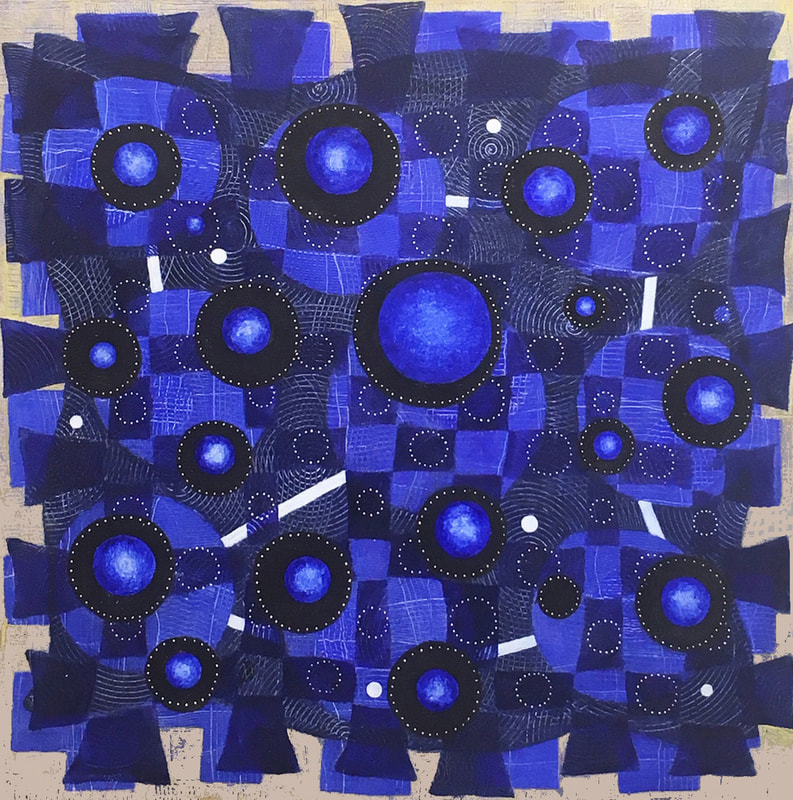